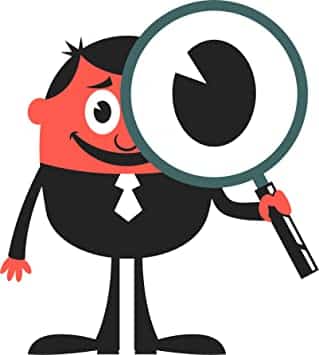 Read here about my findings on Dosmix TPR22 is, and its quite mysterious goods and bads.

I can easily say that the most mysterious of all aspects can be summarised as follows: how can two dongles having so similar specs such as Meizu HIFI DAC Pro and Dosmix TPR22 behave so dramatically differently in terms of power delivery ?

In addition to my own direct findings all regarding low-impedance and very-low-impedance IEMs, other owners of the same product (or one of its siblings – being called Chartek TPR22, or BGVP T01 / T02) recently ran into equivalently difficult to explain experiences on the opposite end of the impedance spectrum: so much more powerful Dosmix is vs Meizu on low end IEM, as much it is disappointing on 150 or 300 Ohm loads, where it shows extremely weak output.

Recently a review came up on Audio Science Review about the TPR22. Read it all of course following the link, but in summary:

In short: the plot thickens. Then suddendly… a ray of light.

No downstreamp amp chip is integrated in there – unlike what happens inside the Meizu, featuring a TI OPA1622.

From that spec sheet and further digging around, we understand that 9415 is the second-best chip in the family. 9420 has 2 additions: ANC circuitry (for the microphone part ofc) and a “differential operation mode” option, which if I well understood is the base for a possible balanced-out implementation.

Such similarity is very important, in light of the fact that after quite some digging I found this crucial document: “WHS9420 USB Interface Audio Codec Device Specification”

There, at page 22, in the “Analog HPH single-ended outpu performance” table, the butler gets nailed:

So very simply put: TPR22 never has been what someone marketed it for. It is actually (and interestingly) a quite unique category variant: it only supports low-impedance, even very low-impedance loads (IEMs), for which it acts as a specialised, ultra-budget, effective tool.

On low impedances instead, it’s super effective – as reported in the specs, as additionally measured by ASR who found an exceptionally low Output Impedance which is particularly important vs lowend loads, and 100% consistently with my findings.

I thought to open a digression here on why and how an amp with TPR22 specs is “better at driving low impedance” IEMs, and actually I did write it. Then I realised it became too long as a digression. So I published it under a separate post. Here it is.

So is TPR22 the endgame dongle?

Firstly, as I tried to outline here above, it simply is not designed to properly power higher than 32Ohm impedance drivers. And that would be already more than enough.

Futhermore, it’s got a few rough edges. One above all its volume control.

One aspect appears consistent accross my findings and those of all other users I spoke with is that volume progression is “odd” at best.

It appears linear, not logaritmic.

Looking at the already mentioned ASR’s report, another suspicion could be a wrongly set endscale value?

Be as it may, the issue is serious: a wrong move on the source device while listening to music risks to shoot a huge current spike into the drivers (burning them), and a terrible SPL shout into the listener’s ears seriously risking auditory damages. That’s quite worrisome tbh.

That said, assuming to keep its limitations under close “manual control”, I simply am not aware of any other option right now to add good-SQ E5000 (and possible Tin P1) driving ability to an existing source with the same ease, and even at 3 times TPR22’s price.