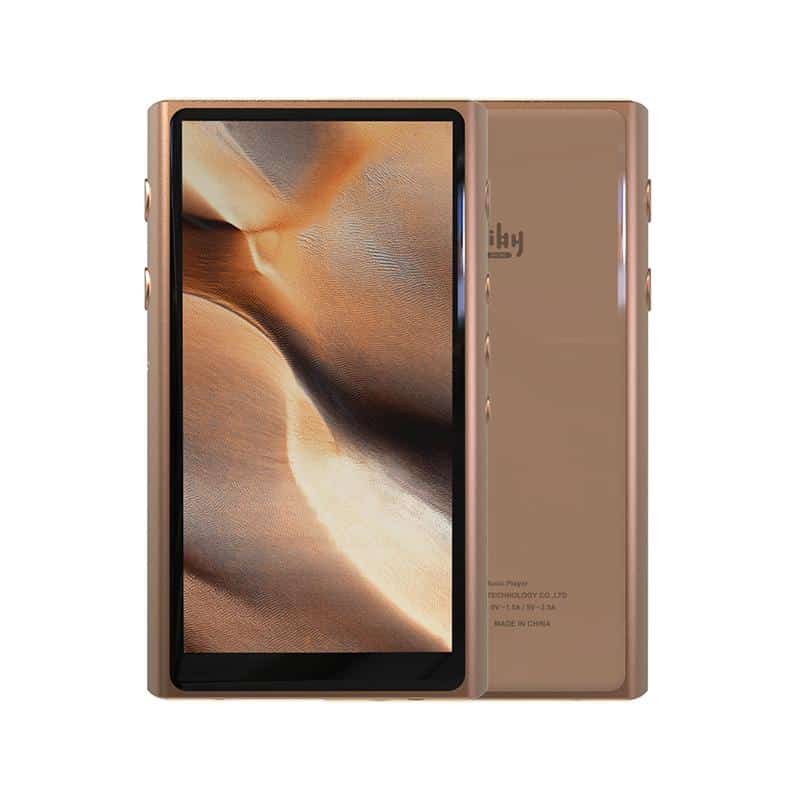 I do like my Hiby R5, and a lot so. It does have a few shortcomings – what is perfect after all – but it’s definitely a solid part of my gear since I got it and familiarised with it enough.

I’ll share my practical experience with you from my personal usage point of view, i.e. without the purpose to serve as a full objective (?!) review. I don’t feel guilty about this, if you want well written, competent, very technical reviews there are quite a few out there definitely worth reading. Find the links at the bottom of this article.

To caress my own schematic mind, I’ll present my notes in… a schematic way 🙂  Here we go.

1 – The power of the Balanced Ended amp stage.

I can drive all my IEMs even the most capricious like TIN P1 or (for opposite reasons) final E5000 with ease, and on Low Gain barred just the most attenuated recordings.

I can’t name another DAP device on the market delivering such power at this size, weight and twice this price.

2 – The quality of the internal full Balanced stack.

R5’s balanced amp stage is just neat. It first of all presents an almost pitch black background. It’s also very little coloured especially from the mids downwards. There is possibly a light tint of bright in the highs but that’s totally unoffensive.

The dual CS41398 chips need no introduction. Their implementation can be rated as very well executed within the general chifi category scale,  both in absolute terms, and even more so when factoring price in.

Full access to stock Google Play store ! I can load and adopt all third party music player apps such as UAPP or Neutron, DLNA client/server frameworks like BubbleUPNP and whatever else.

By registering R5 on Google with the same credentials I use on my phone apps licensing is ofc carried over where needed.

Everyone using an Android phone for audio knows that stock Android audio drivers suck big time, especially with regards to sample rate conversion / adaptation. So much so that all key Android music player apps on the market (UAPP, Neutron…) include features / tricks trying to – and often succeeding in – bypassing Adroid stock drivers and use their own instead, to “better talk” to the DAC chip, be it internal to the Android box or USB-connected from the outside.

R5 (and R6Pro) include such same “trick” at the Android system level. They called it “Direct Transport Audio” and simply put it means that virtually all audio apps installed on R5 / R6Pro, even those not including any internal feature similar to UAPP’s or Neutron’s, are able to reach “Bit Perfect” connection to the DAC Chips.

MSEB is Hiby’s proprietary friendly-GUI Parametric Equaliser software. At the cost of not allowing for the minute control offered by a “true” Parametric Equaliser sw package, it gifts unskilled users (like me) an easy path to shape sound obtaining impressive results even with zero understanding about “how” it works.

Hiby Music App includes MSEB for free. To enjoy it we can either install Hiby Music App on any Android phone (it’s free), or adopt a DAP equipped with Hiby OS, which comes with Hiby Music App pre-burnt-in – e.g. Hiby’s own R3 or R3Pro, Hidizs’ APxx series or Tempotec V1 series.

The great thing on R5 (and R6Pro) is that, like DTA, MSEB is implemented at the Android level.

So this means that it is availble “in addition” to all internal features included with any other music player app I install on R5, namely UAPP which is my preferred. Or even Tidal’s stock app. Or you name it.

The Pentaconn 4.4mm connector is universally considered obviously better than its smaller 2.5mm sibling, and R5 supports it. Very good.

By installing a (free) companion app on my phone I can remote control music playing on the R5 (or any other Hiby DAP, or Hiby OS equipped device) via BT without taking that out of the pocket / purse. That’s so handy, really.

Only 1/4th of the power vs the balanced line is frankly almost a let down. Crosstalk is also quite “meh” at 71dB vs balanced’s 108dB+.

I would frankly never buy an R5 for its single-ended line. Not that R5 isn’t in good company out there (Fiio disappointing single-ended SQ, anyone?), there included its own siblings R3Pro and R6Pro, but that’s not a solid justification at all.

Simply put, in my opinion R5 (and R3Pro, and R6Pro) can be told and should be marketed as a very good full-balanced DAP coming with a complimentary, decent-quality single-ended option.

I can consider myself lucky if – such figures being a bit forgiving – R5 proves able to appropriately drive final E5000 (14 Ohm, 93dB sensitivity).

The rub comes with IEMs like BGVP VG4 (12 Ohm, 110dB) and others. The bass comes accross obviously veiled and trebles are shouty in this case, due to R5’s terminal stage configuration. Applying an impedance adapter e.g. ifi IEMatch may solve the problem depending on sensitivity (more on this on a separate article).

Hiby’s evident design choice for R5 has been to favour output power onto higher impedance loads (support up to 300 Ohm is what most do in this category),  coming to some sacrificial compromise on the opposite end.

Sadly, as an almost exclusive user of sub 32 Ohm IEMs the choice doesn’t favor me. From this only standpoint, I would rather have to adopt Hiby’s other models supporting 8+ Ohm impedances (but resting at 150/200 Ohm on the opposite end)  like R3Pro (which is nevertheless lacking on other features) or R6Pro (which is too high for my budget). Too bad.

On missing extra-low impedance IEMs support R5 is after all in very good company on the market: every single Fiio DAP and BT DAC/AMP device, up to and including M15, are exactly there, and I can testify BGVP VG4 does in fact sound horrrible out of both my 2 Fiio devices (X3-mkIII and BTR5), much like they do from R5. Viceversa, they sound as intended when I tested them on 8+ Ohm supportive devices e.g. Hiby’s own R3Pro, R6Pro or Hidizs AP80Pro.

Hiby Music is not a missile a scanning SD Card contents to build its own music library on any platform, but on R5 it really, really sucks.

Due to the superbly implemented Android layer, one can always opt out of Hiby Music and into players such as UAPP or Neutron, which prove much faster in the same operation.

Still… why ??  R3Pro and R6Pro are much, much faster on the same operation.

Yet, it’s more cumbersome to open (a pin is always required), and when I take the drawer out I always forget from what side the SD Card is gonna fall, and let me cut it short: I just don’t like it, ok? 🙂