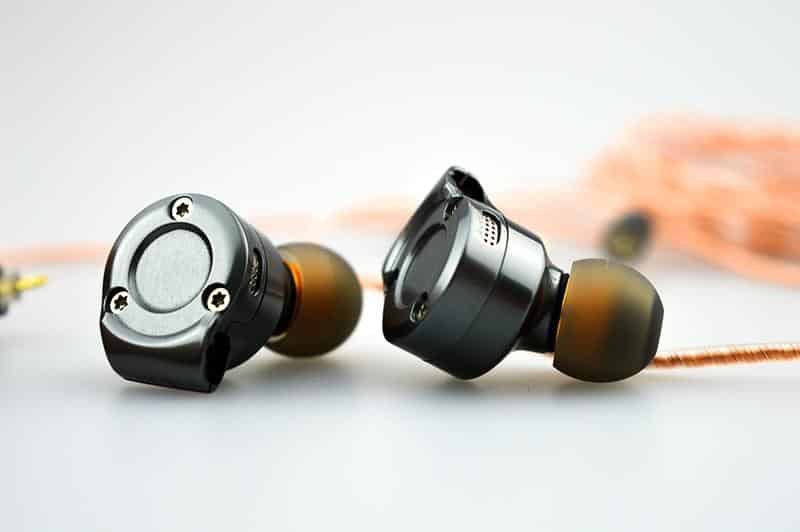 I got to taste the flavour of a pair of privately owned IMR’s triple-driver RAH model. Not enough to write a full review with all the details etc, but I jotted down some notes, here they are.

The most “externally evident” component of the product is the replaceable nozzle + filter system intended for the user to customise the sound to its liking.

According to IMR themselves, this is supposed to be the effect of the back-end nozzles of the various colours on the bass frequencies:

As far as front-end filters go, their impact on high frequencies is the following:

Enough for the external appearances.

As I mentioned before I just had a quick test at these, just a few hours, for which test I employed my usual set of lossless FLACs (mostly 24/96K, with some 24/192 and some 16/44 too) and only 2 sources this time, being

Bass transients are slow, sloppy even, which is a double issue on the Rah: once as this delivers boomy bass no matter how much you fiddle with the nozzles etc, and twice as the dyscrasia with the fast, liquid transients featured on the mid freq planar and high freq piezo drivers comes up totally apparent.

Due to their slowness bass can only be liked by bassheads, and even there you must like quite invasive bass too.

The sole back-nozzle worth adopting for my taste is the Silver one, which is keeping midbass volume unexalted while sadly rolling sub-bass off a bit. All others furtherly pump basses up which is bad for me, with the exception of the Green one which cuts them too dramatically down, and the Fuchsia one doing a similar job to the Silver, but still delivering too much bass for my taste.

So in short: the Silver nozzle is the one doing the lesser damage so to say, with maybe a B-plan option represented by the Fuchsia one.

That’s because, as I said, the Silver avoids to raise the bass presence even more, but even with that, it can’t cure slow bass transients. Rah have and keep “pop-music-style” bass no matter the nozzle you put up, better like them because you  won’t have different ones unless you’re ready to EQ the shit out of them.

Keeping bass at bay at least in terms of their volume level is crucial to have mids come up properly, which is worth it because the central planar driver is quite competent and renders mids and vocals I would say very well, with the sole issue represented by the midbass continuously trying to, and often succeeding in stealing their stage.

Vocals especially are fluid, silky and quite natural. Missing some fat especially on the female side but still very nice in my book.

The treble end is also quite intersting, where the piezo driver nature is totally apparent and egocentric: you can’t afford letting it go too much, unless you really like that sort of “electrical nuance” added to the most metallic treble details. I kinda like that, but I need moderation in that.

After some fiddling I found that the best compromise filter for me is the Black one.

Blue and (slightly tamed) Black filters offer the airiest treble section. They also feature the “piezoest” timbre, especially in conjunction with their 8K evident peak. Green / Red / Gold filters move that peak over to 9-10K, removing some piezo flavour on one side, but re-adding it even sharper on the top octave, all this while taking some significant air quantity off from high mids especially. No, Blue/Black is better, and on those two I do prefer the more polite Black alternative.

Black filter brushes some extra crispness off and make trebles “almost” inoffensive – they are still on the borderline though.

With a Silver nozzle and a Black filter on top of it, Rah’s presentation is overall very pleasant for my tastes at least. I still find it a bit incoherent in terms of bass slowness vs mid and trebles speed, but I heard much worse.

Of course, pairing Rah with my Groove+GR1 stack gets a significant improvement on the bass end which comes accross much more controlled if not “faster” really. So much so that I might even opt for the Fuchsia backend nozzle!

Sadly, GR1’s limited overall quality adds quite some perceptible veiling while biasing the other drivers especially when I compare the result to what comes out by pairing Rah with the Lotoo LP5000 unit I’m playing with today.

LP5000 can’t do anything to make Rah’s bass better (so Silver nozzle it is, at least) and that’s a true pity, but especially on its balanced output it makes the 3 drivers “sing at the same time”.

Basses are not my liking but the Silver nozzle minimises their flow over mid planar’s voices which are truly nice, natural, at times even crystalline. Which make the worst Rah’s defect come up in all its force sometimes: take for example some vocal bass registers, they may be deep enough as to engage the DD at times, and be rendered so different from their higher frequency parts to result by and large ridiculous. A true shame.

Treble in return is airy, detailed, extended and textured: it has all the qualities sadly lacking from the bass section.

Rah’s technicalities cannot be called bad, although they could definitely be better, especially factoring price in (let alone some very “hipey” reviews I found around…).

Soundstage size in particular is no more than above average for the product category, so is imaging which while not a shame is not a masterpiece either.

Detail retrieval is a yes and no: “no” on the bass (which details let alone texture? Everything is covered by that invasive sloppy midbass), “decent” on the mids, when the DD doesn’t play his bad tricks, and “good” (though not “godly”, mind you) on the trebles, although it all depends on the filters one choses (or can afford to choose vis-a-vis his/her treble sensitivity).

One last note about tips. Stock silicon tips are quite stiff and oddly enough their stem is too narrow to properly fit Rah’s filtered nozzles, which introduces further material tension. Result: they accentuate the already elevated bass.

After some quick rolling I settled on JVC Spiraldots as a good compromise to avoid furtherly enhancing the bass while not offering a weak flank to piezo sibilance at the same time.