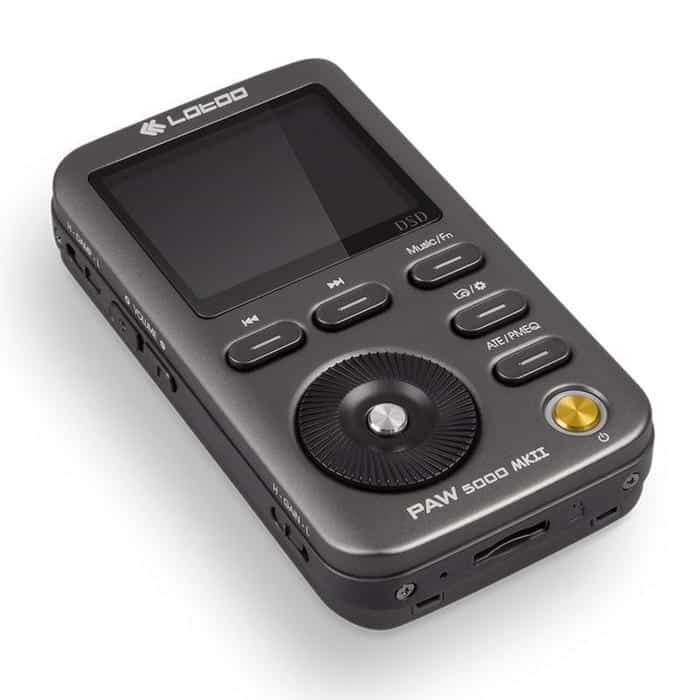 I got the opportunity to play with a privately owned Lotoo PAW 5000 MK-II loaner unit for a few days now, and here are my quick, superficial impressions on its performances.

Balanced Ended port is I would say “reasonably clean“. Difficult of course to give an worded description of what I exactly mean. I’ll belp myself with comparisons. If Chord Mojo is at 9 on a 1-10 scale, Groove at 8.5, Hiby R5, Fiio BTR5, Fiio X3-III are hovering between 5 and 6, then LP5000 is at 8. The Single Ended port is perceivable poorer. I would not go above 7.5 as a score here.

More vulgarly if you want: auditioned as an upgrade from a normality made of devices like usual chifi low or midtier daps (Fiio, Hiby, etc), the effect is “wow, now THAT’s clean!”. Oppositely, put side-by-side with higher-tier devices like Chord Mojo or Apogee Groove LP5000 does not quite reach their level, not by much, but still it doesnt.

The last bit of extension is missing at both ends, both on SE and BE output. Bass in particular is a bit less rolled off on BE vs SE; for treble the two outputs are audibly on par.

General tonality is warm-ish. Vocals and highmids are nothing less than superb, very well detailed and defined while not edgy – great.

A flash about pairings