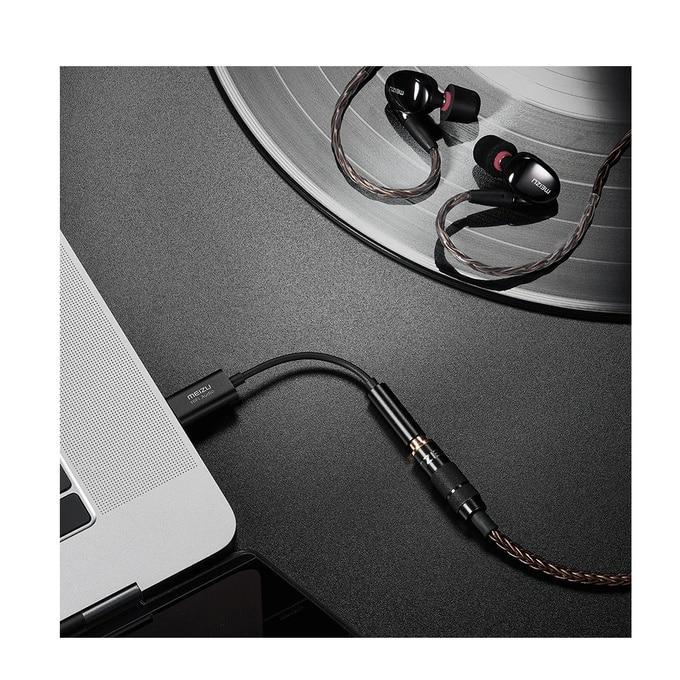 On my desk at home I have some basic audio stuff.

The amp and the speakers are no monsters at all, but nothing beats (in negative) the Realtek DAC inside the laptop. So I recently started connecting my seldom-used Fiio X3 mk-III as a USB DAC, exploiting its 3.5mm LO connection to feed the Volt+.

A noticeable upgrade from the sound standpoint, yet certainly sub-ideal on a few other counts. Firstly, the X3 can’t be told not to be charged via the USB port while connected. Which wouldn’t be an issue if I weren’t lazy enough to want to “plug it and leave it plugged in for good”, also when not using the laptop.

Secondly, the X3 is not my DAP of choice anymore but relegating it to a USB-DAC role for my laptop is a waste of resources: its warmish tonality pairs nicely with my Shuoer Tapes and its power is just about sufficient to drive them, even when adequately EQ’d to make their high trebles hearable.

Last, nothing is small enough when it comes to desk real estate consumption.

So how about a DAC dongle ? After a bit of lurking around on the usual review sites and FB pages, I get a Meizu Hifi DAC Pro.

“Meizu Hifi Headphone Amplifier Pro” is a misleading name. Under the lid there’s a small amplifier (Ti OPA1622) but most importantly there’s a DAC chip, which is what I am really after, to improve my laptop sound. So I’ll call that Meizu “Hifi DAC Pro”.

This was my first “dongle dac”. My first impression has been the physical one. Wow! It’s so tiny, incospicuous almost – in the good sense. It’s really minimal. The circuitry (the DAC chip itself and whatever else) is contained is a very small rectangular shell which is not significantly bigger than a USB-C male-plug shell. On the opposite end, the female 3.5mm connector is housed into a very skinny cylindrical barrel. Total weight is just 4 grams.

No accessory, and especially no adapter is included in the standard package. Luckily my Legion Y520 has (also) a USB-C port so I just plug it in. On the opposite end, I plug the 3.5-2-RCA cable going into the Allo Volt+. And play something.

Simply put: uncomprarably better than the X3-III. Overall evidently brighter, bass is tighter and faster, but what most of all instantly impresses is hugely superior imaging and deeper (not much wider) soundstage.

I was honestly not expecting “such” an evident difference, I presume mainly because I do not understand well yet how small passive speakers react to upstream changes.

BTR5 sounds better than X3, sure. But how does it compare with Meizu HDP? Well… imaging evidently is on Meizu’s side. A 30$ dongle slapping a 120$ TOTL BT/USB DAC-AMP ? Enough to be curious.

So I set up a rudimentary A/B infrastructure based on my laptop. Source is all sorts of FLAC files, encoded from 16bit/44.1KHz to 24bit/192KHz quality. Player is MusicBee. Output goes to the Allo Volt+ feeding my Oli RA1 passives, and to 2 of my IEMs : Tin HIFI T4, final Heaven-IV.

I do confirm MHDP is a frigging badass. It is:

BTR5 (ES9218P) is more musical, “orchestral” if you wish. Meizu HDP (CS43131) shounds dryer, even “arid” when outputting on T4. And it “dries down” a wet / lushy mid-focused IEMs like Heaven IV, which is not good or bad, just something to take into consideration.

Going back to the initial physical impact, Meizu’s “portable” use is just a great option due to its incredibly slim, thin and flexible build. I’m going to use it primarily as a desktop USB-Dongle-DAC but its portable use is even more ergonomic and convenient. As I mentioned above, the entire item almost “disappears” into a sort of mere 5cm extension of the overall IEM cable length. I can’t judge about its reliability yet but one thing is sure: adding it to a phone or a transport device (Tempotec V1 or whathaveyou) does not indeed add any significant bulk or weight. Very, very nice.

Given for granted ASR’s measurements about Meizu HDP power requirements (300ish mW = 60ish mA) while playing 16bit-24bit FLACs, the next curiosity is how long will Tempotec’s V1 will last while playing out on Meizu HDP. I’m so curious about that…

Tempotec V1 carries a 1000mAh battery offering (according to its spec sheet):

My personal assessment is that V1’s battery life is 24h+ playing onto my Fiio BTR5/USB (charge=off), which is “similar enough” to Tempotec’s published specs to act as a substantial confirmation.

Let’s run some math: if 25h is V1 battery lifetime while playing on a self-powered DAC, I can reasonably assume that V1’s “own” needs for the act of playing and streaming to a USB device is:

Similarly, if 9h is V10s lifetime while playing and powerfeeding the Meizu, then the pair’s current needs will be like:

The pair’s need minus V1’s need will give Meizu’s current need while playing my FLAC’s mixture:

Which, again, looks similar enough to ASR’s measured value (60mA) to be credible, and confirms that I can definitely use it as an alternative to BTR5 for my mobile setups (V1 or phone).