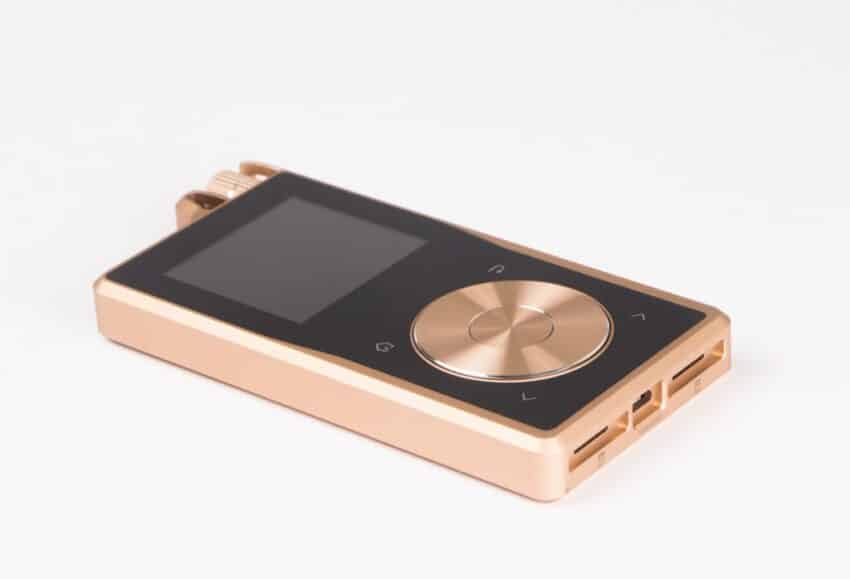 Audio life after owning a Groove becomes a bit more complicated in a sense. Do I want to go back to lower quality output, even in exchange for better portability, or more collateral features?

The question actually admits more answers than it might seem at first tought, in consideration of what one really wants or needs.

In my specific case I don’t commute on my way to/from work, I suspended all business travel due the current pandemic and it will take quite longtime before I resume that, and my job doesn’t allow me to listen to music while working – so I’m sharply inclined to get the real best audio quality out of the always-too-short-time I can dedicate to music listening, which most frequently happens in a quite, controlled space such as at home, in the evenings, or at work, during lunchbreak, or few other instances.

So in short: while at home Groove it is (What else? If something, I might need a desktop amp but that’s another story)

Well… Groove is a relatively power-demanding battery-less dac-amp, a “fat dongle” I might say, and as such a still quite compact and lightweight thing. So option #1 for mobile use is… still the Groove! Wherever my laptop can follow me, that’s the main option.

How about something actually pocketable?

No my Hiby R5 is not an option anymore. A very nice device, I still believe it’s worth its money. It’s just me: simply put, I grew past it. Sound quality off the Groove is so uncomparably better. So I just sold the R5 – I would’ve not used it with enough pleasure anymore anyway (the guy who grabbed it from ebay scored a good deal)

And no, I still do prefer not to use my phone as an all-in-one device.

I also don’t really care about Tidal or other subscription based music streaming service, as most of the music I like is not there anyway, which takes away a very solid reason to a smartphone being directly or indirectly involvement in the game. I’m not there, no.

It needs to be a(nother) DAP.

Not the tiniest, I don’t care about ultra-pocketablity – I’m a couch potato, I don’t go jogging or jim-ming anyway.

Not the wideliest connected, see above.

So after some investigation I landed a good deal on this pre-loved, very well cared-of in spite of its 4 years of age, Questyle QP1R unit.

It takes 10 seconds listen to determine that sound-wise QP1R runs circles around all Hiby DAPS I even tried, up to and included R6Pro. Double-circles, actually, around R5 and lower.

For almost everything else (usability, connectivity, features) it’s the exact opposite.

Sound Quality comparison with Hiby devices is by and large inappropriate, as such useless, misleading. The difference in terms of clarity, detail, stage, imaging, everyting is so big. Simply put QP1R belongs to a different league. As mentioned above, this applies to R3, R3Pro, R5 and R6Pro too.

If I want to meaningfully position QP1R vs some other device I know I must say it comes out almost as clean and equally if not even more musical than the Groove, and almost as detailed as a Chord Mojo.

QP1R tonality is on the warm-ish side, even more so than the Mojo – which is indeed warm but just veeery slightly.

Sound is clean, impactful, detailed and incredibly dynamic. Way, way more than out of my previous R5’s balanced port.

Oh and by the way: QP1R only has single-ended output – which nudges me to give justice to those more expert than me who noted “you’ll find balanced output better than single ended only until you’ll start attaining higher-tier devices, where single ended output is implemented competently enough in the first place”.  Balanced topology, in other words, is often adopted on mobile and/or budget devices to partially overcome the consequences of some structural limitations, so to say, and it becomes way less important once you build the foundation better from day one.

Going back to QP1R, of course by sound cleanness I’m not referring to lack of audible background noise, which is kind of obvious and after all quite common, even on lower tier devices. No Hiby DAP has that to my experience.

Cleaner sound like the one output by QP1R (much like it happens with Mojo or Groove) turns into a whopping soundstage expansion and a spectacular improvement on separation and imaging.

QP1R sound quality must be the consequence of more than one aspect of course, including the DAC it uses (CS4398), the overall quality of the implementation etc, but a special mention seems deserved by the amping stage.

In spite of the similar wordage, it’s nothing like Apogee’s Continuous Current Drive technology. It’s an interesting read anyway, go there if you’re curious.

Be as it may, QP1R amping is not only good and superbly clean, but I’d call it “totally surprising”. Let me say why. These are QP1R official specs:

Apart for the very low Output Impedance, which is of course a major plys, these output power figures are per se “ridiculous” compared to those of many low end daps, and of some phones too. 8.8mW on a 32Ω load on low gain looks like a joke, really!

Yet I frequently rotate a total of 7 different IEMs and the sole one which requires me to choose Mid gain is (you guessed it) final E5000. All the others are perfectly & fully dynamically driven by Low gain !

While I’m at it, High Gain is not a wonderful setting anyhow: dynamic range is perceivably contracted there, so it’s good that it turns out not to be vital to exploit it, at least for my selected drivers’ range.

Cleanness apart, “musicality” is no doubt the most evident feature of QP1R sound output, and that’s an effect that comes out even more evident than from the Groove.

QP1R reconstruction filter’s ringing envelope is quite elongated after the pulse and that’s the origin for its mellow timbre.

Someone labelled that “analogue”, which in lack of more precise wordage I feel can give a hint into what I’m trying to convey.

Mojo by comparison is edgier – not sharply and offensive overall, it never is, I’m just saying relative to QP1R or Groove – thus offering a “higher detailing sensation”.

Also, Mojo’s very special ability on closing the sound level gap between front and back sound lines by comparison makes the latter on QP1R come through as less loud and therefor detailed. This is Mojo’s kinda unique specialty though, not the other way around.

In terms of spatiality QP1R is I’d say on par with the Mojo, which is good, miles better than more ordinary devices,  although still quite a long step south of Groove’s totally special capacity to render the impalpable sensation of the actual stage size. I think I can live with that though.

All of the above said about sound, QP1R is the antithesis of modernity in terms of connectivity, features and ergonomics. On these counts it’s actually a fossil if there’s one, let’s face it.

Summarising: I’m for now extremely satisfied by the QP1R. I was looking for a higher-end-sounding DAP and that’s what I got. It delivers that, and just that, and I’m fine with it.