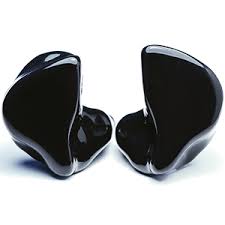 I recently got an opportunity to assess a pair of privately owned Fibae Black, which are coming with some supposedly very interesting technological quirks which the manufacturer calls “Flat Impedance” BA drivers and “Pressure Optimizing Design”.

Flat Impedance drivers are supposed to be what the name says, as described here: CustomArt claims that their drivers have extremely limited impedance variations accross the entire 10-16000Hz supported spectrum. This should make the amp’s job much easier.

So yes, the variation range is quite modest (+- 15%, not wide at all) but the absolute value is very low. As a matter of fact I had to dig quite a few sources to find one that could drive them without ingenerating the typical impedance mismatch veil – which I frankly am quite allergic to.

So in the end after discarding Fiio X3 and BTR5, Hiby R3Pro and R5, and the Auglamour GR1 amp – all short for driving a 5 Ohm load (not only on paper… I did try the Fibae Black on them and I got a wide yuck face) – and the Groove for some other type of biasing incompatibility, I settled on the Chord Mojo.

The Mojo does the job right: no low impedance veil is present, and I could assess Fibae’s own presentation – which I found pretty much disappointing to be honest.

Range extension is very limited on both ends: sub bass is very soon rolled off, last octave is quite inexistant altogether.

Midbass is pumped way up. The tuners evidently wanted to deliver a warm-colored driver, but they exceeded on that for my taste. Fibae Black’s midbass is so sloppy, even more than in so very slow DD-based competitors, I think to BGVP DMG for example. It is frankly the first time I hear a BA badly bleeding into the mids, and unbalancing the entire presentation even to the detrimento of highmids and trebles at least in part.

Vocals are equally evidently the main tuners’ target. They are pushed all the way forward: full, bodied, buttery even. They would be nice, if I could surgically cut them off the rest.

Highmids totally succumb vs the mids. Trebles are also very much sacrificed: zero air, very little detail, and they must prey not to have some bass play at the same time otherwise… bye-bye balance.

Guitars depend on their tunings: those in the vocals range sound phenomenal, all others sound the opposite. Electric bass can’t even be mentioned. Poor Jaco Pastorius would spin in his grave…