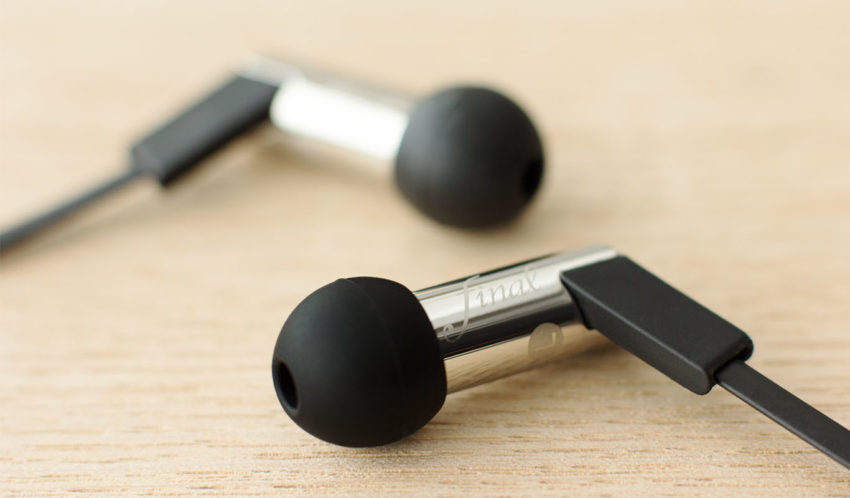 As always, final’s colophon for this model is indeed spot-on:

Three-dimensional spatial expression with natural sound quality and depth. The closeness of vocals and the treble high range are attractive.

That said, I do not use Heaven IV for cool jazz, bop, bebop as in that case I prefer leaner midbass more treble detail. Indeed. I wish I had a final IEM for cool jazz but I don’t, and the one I might suppose could be good for that application (A8000) is way too expensive for my pockets. After much consideration I recently acquired a pair of Shuoer Tape‘s for cheap which after some eq’ing are sensibly better than my previous option there, being T4’s.

My quick analythical take on Heaven-IV sound is traditionally hidden here below. Much more professional then mine are the analyses available at the links pasted at the end.

Bass is surprising. Very articulated and fully extended all the way into the sub-bass with virtually zero rolloff, fast and neat as I would expect from a single BA (which it is ofc), but also full, strong, body-ed, as a DD normally delivers. Yet another accomplishment by the final people…

Mids are just spectacular. Better than E4000’s (and that’s saying something). Incredibly musical, airy yet not bright, actually dark-ish even, “bodied” but never “heavy”. Just a one of a kind in my IEM park. Until I will afford a Heaven VI at least.

Highs are refined, not particularly airy nor sparkly, not bright No sibilance/shrilling whatsoever. BA-fffast, very well extended. Detail is average. Smoothness is the word here.

Soundstage is big in all directions. Imaging and separation are just great.

Heaven IV is a true gem which I’m using much less than I would like for a single reason: its cable.

How can I say… it’s just terrible.

That’s I think the consequence of two bad aspects combined to deliver a really annoying experience. Annoying for me at least.

Microphonism is so strong that wearing these IEM cable-down is just a no-go for me.

The usual way to counter microphonism is passing the cabe over the ear but in Heaven IV’s case this is not a full solution, nor a comfortable one, I reckon for one single reason: the cable’s flat sheat.

Although bearing a pleasant-to-touch matte finish, the sheat is somewhat stiff and elastic at the same time, which gives it a tendency to sling back into straight condition. Such effect is light indeed but it’s more the enough to make such that the cable easily moves losing its over-auricle skin contact, disrupting the anti-microphonic efficiency of that placement altoghether.

Needless to say, it does not come with built-in nor clip-on ear-hooks. Final’s clip-on silicon hooks (those bundled with E2000+) are usually perfect for this job but totally inefficient in this case: Heaven VI’s cable is too large on its flat profile, too thin on the other one to be “clasped” by those hooks.

The sole way I can get some result is by pulling the cable’s sliding Y-splitter block up all the way to my throat: this keeps driver cables “in traction” and therefor “in touch” with my over-auricle skin.

First: this does not solve the problem 100% – some microphonics are still there. Second: boy is this uncomfortable !

Unlike all E-series models, exclusively supplied with E-series eartips, Heaven-IV comes with some E-series tips, some A-series tips and some B-series tips.

One of these days I might write a post on tips, especially finals’. Suffice here to say that the differences amongst these 3 models are:

In the case of Heaven-IV my preference goes hands-down to A-series eartips.

Incidentally, I tried A-series tips on all final E models and I couldnt find one where I would have preferred them to E-series.

Another less than perfect element in Heaven-IV packade is the beautiful, clearly expensive and awfully impractical chrome case.

It’s shany, it’s classy, it’s protective and well built. All true, as per the first picture. Too bad that the second picture is not realistic.

Firstly, as previously noted the cable sheat’s elastic nature is such that keeping Heaven-IV perfectly coiled down like in the picture and still (!!) long enough while closing the shell is not a kid’s play. On the contrary, while handling the case even just for closing it the cable will often move, and I continuously risk to clasp either the 3.5 plug or some other segments on the cable in between the “valves”. Secondly, the two cushions inside are OK but they are a tad too thick, which coupled with narrow the case internal height always gives me the impression of crushing the contents too much, which is even more annonying if I consider that – due to the ease of last-second unexpected / unwanted movements caused by the elasticity of the cable – I can never bet that the cable is inside the closed case in the “neatly coiled” situation I thought I had it fixed in before closing.

Long story short: the case is a beautiful-to-see utterly-impractical item. As an industrial design project in relation to its intended application – I’m so sorry to say this – it’s a failure.

And, it’s expensive. I personally can’t complain about its cost as I got my Heaven-IV 2nd hand for a bargain price, but in retail condition terms this case is sadly just a price aggravation.