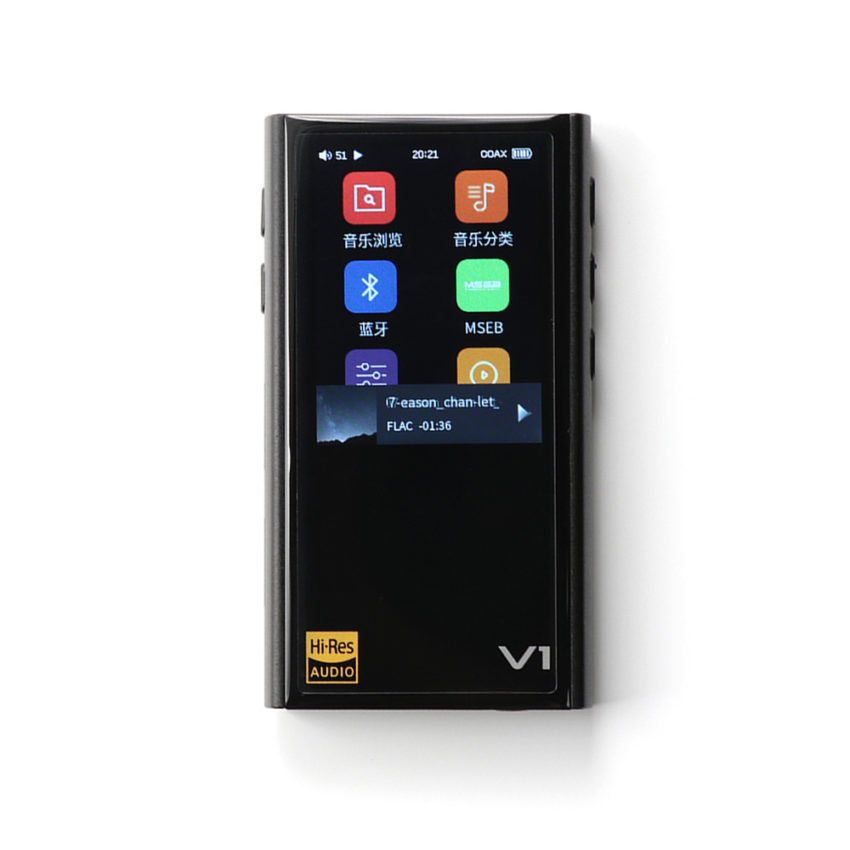 As I mentioned in a previous post Tempotec V1 for me is really a preferred device in this period for a number of reasons. In the past weeks I’ve been using it a lot and found some aspects that hit me particularly. On some I asked Tempotec’s help, on another I had a sort of personal inspiration that solved it.

V1’s spec sheet mentions 256GB as the maximum supported SD Card capacity. Upon my request Tempotec ran some test, and they confirmed back that 512GB SD Cards are indeed supported too, at the current firmware level. This is not a small thing at all !

I’m ordering a 512GB Card as soon as I find a good deal on Amazon, I’ll check it on my end too but I’m confident the information will be accurate. I’ll update the post later on with the result of my direct experience.

This support means being able to carry up to 1TB of music (2 SD Cards) inside that matchbox-size super-agile device. Fantastic.

By the way as I mentioned in my previous post XVortex’s custom firmware significantly increases V1’s capabilities to 65535 total indexable files (up from 20000 on stock fw) which is even more important given the increased allowed storage size.

V1 GUI contains an apparently evident option named “Low Power Mode”. Too bad that it appears totally ineffective : I tried my best to spot a performance difference (and/or a battery duration difference). No joy.

So I asked Tempotec and they confirmed: Low Power mode is only effective on the V1-A model. Fair enough.

This was a tough one. The V1 has a built-in 10-fixed-band music equaliser. A quite basic one indeed but way better than nothing, also considering the simultaneous presence of MSEB as a separate easy-to-use sound shaper.

Anyhow, as I started fiddling with V1’s Equaliser I noticed an apparent lack: there is no pre-amplification slider !

That’s not a detail of course. Pre-attenuating by a value corresponding to the max gain set on any of the EQ scheme sliders is essential to avoid distortion.

Hiby Music – the music player app which is built into the V1 – does (of course) offer such control, as it can be seen on Hiby Music’s Android version for instance.

So I broke my head on looking for a small button to have that slider show up, or whatever else. Then I finally realised: just drag !

Another odd behaviour I noticed is that “sometimes” the Equaliser seems not working. As in: it does not modify sound.

After some digging, it looks like the Equaliser works as long as the sound file’s resolution is less than or equal to 16 bits / 44.1 KHz. Any higher resolution files are being regularly sent to the DAC, but they appear transparent to the Equaliser module – without any warning being issued by the way.

To be honest, this is not a never-heard-before case. Hiby R3 and R3Pro, and Fiio X3 mk-III behave exactly the same: EQ-ing happens only on 16b/44.1K files, no EQ-ing is applied on higher res file.

When asking Hiby and Fiio Support about this, they plainly acknowledged the situation, which they don’t consider as a “bug”. Hiby “explained” that this is due to CPU power limitations on R3 models. My very frank opinion is that they should disclaim the situation at the spec sheet level, but then again…

Anyhow, I put the same question to Tempotec: why is the EQ not working on >16/44 resolution files? I’ll be updating the post with their answer once I get it.